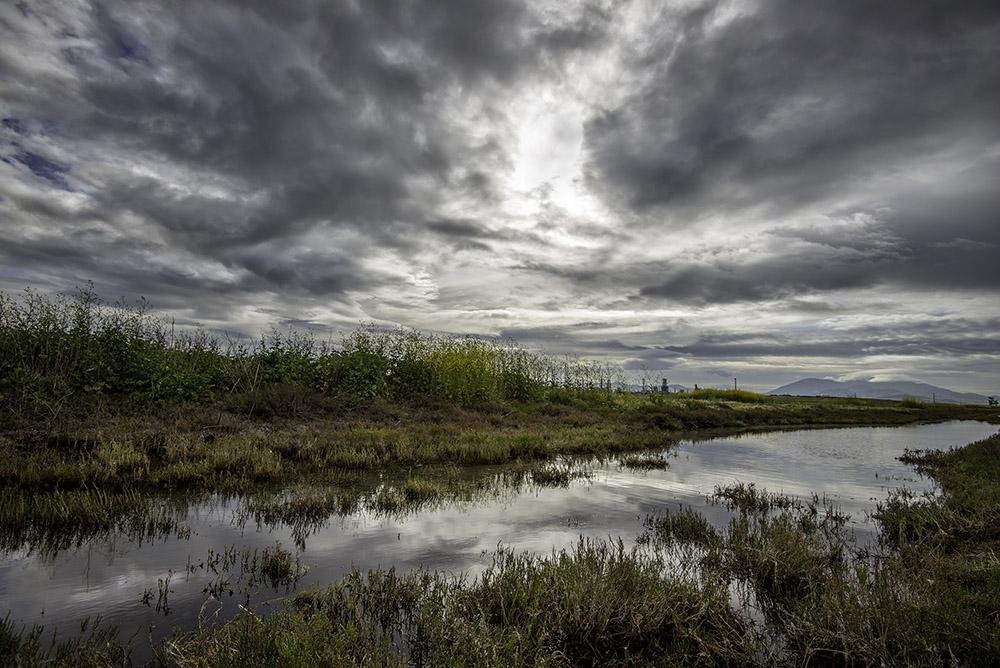 A watershed is an area of land that catches and drains water into a creek, stream, or river via direct runoff or smaller tributaries. This water eventually ends up in a large body of water such as the Delta, Bay, or ocean.  In other words, it is where the water from the higher elevations settles in lower elevations. Watersheds come in all shapes and sizes. They cross county, state, and national boundaries. No matter where you are, you’re in a watershed, including your home!

As stormwater flows over land and across the watershed into smaller bodies of water, it carries polluted urban runoff such as used motor oil and grease, pesticides, trash, and other harmful debris. As residents, the more we can do to prevent polluting the watershed, the healthier our waterways and the habitats they support will be.

In more scientific terms, a watershed is the basic geographic unit that is defined by hydrology. It is an area of land that drains water to a given reference point, typically a confluence with another major creek or large water body. All land is part of a watershed. Defined by their natural hydrological functions, watersheds do not follow state, county, or city boundaries.

Report illegal dumping in your area.

Learn how you can help keep our water clean.